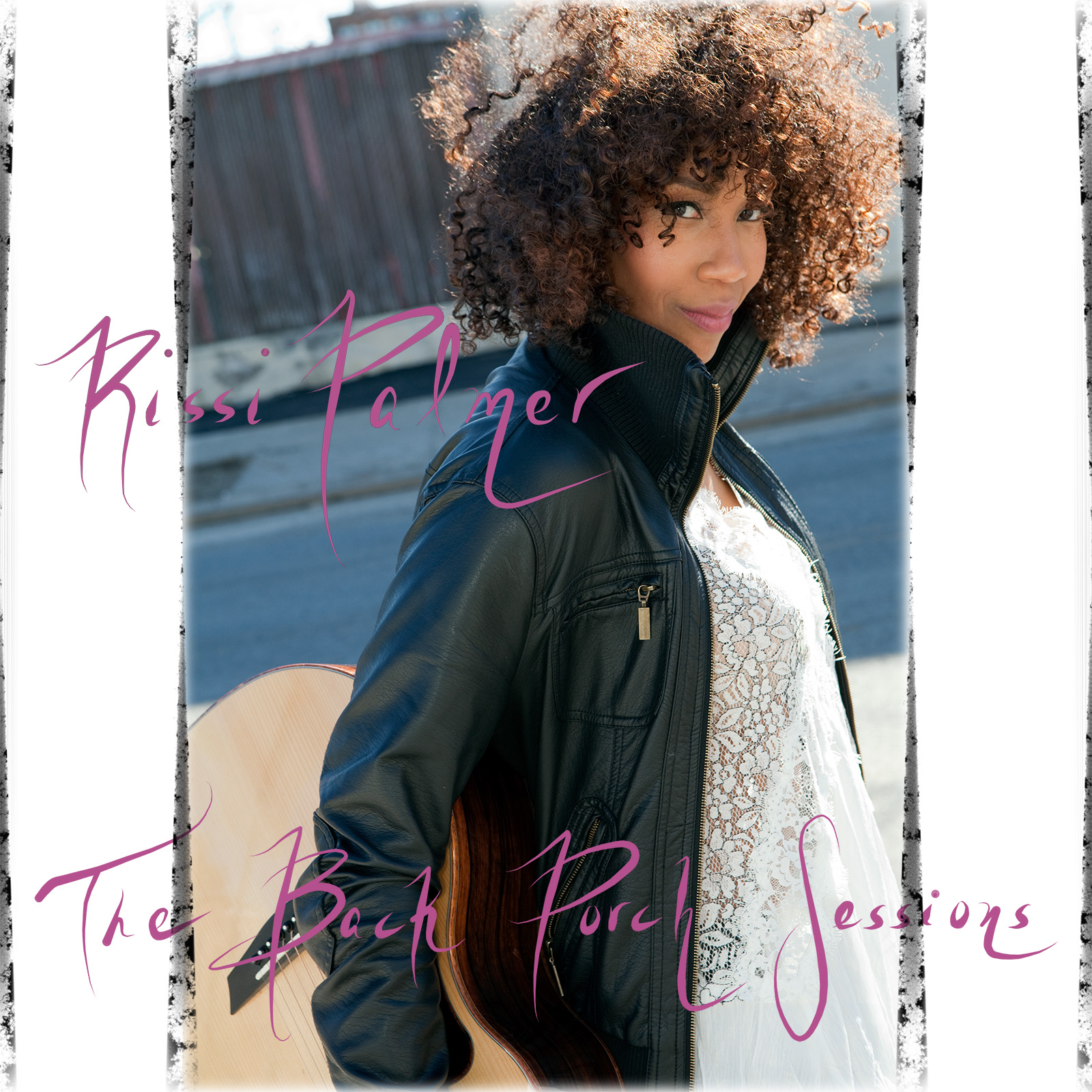 It's hard to believe that a year ago this week The Back Porch Sessions was released...thanks to all of you!!!  It's been an incredible ride since then. I got to work with some of the best in the business and life. I found my voice and place in this industry as an executive producer, artist, singer, and a woman. I overcame the fear of releasing independently. The project has been featured in such publications as Rolling Stone, People Magazine, and Rolling Out Magazine. I was interviewed by Tavis Smiley and even Perez Hilton sang its praises!!!  Not too shabby for Team Little Engine that Could aka God is my Agent!!!

I can't say thank you enough for making this all possible for me. Your contributions and faith sustained me then and keep me going today. I will be shooting a video for "Summerville" in the next couple weeks and I am excited to say that I am in the process of creating two new projects, a follow up to The Back Porch Sessions called Revival and a children's lullaby project called Seeds. I'll keep you posted on their progress and eventual release.

Thank you all again, so very much!!!  Happy Anniversary!!!

P.S. In honor of our anniversary, I am selling copies of The Back Porch Sessions for 30% off from today (May 23) until Saturday, May 28. If you or someone you know would like a copy, click the following link (https://rissipalmer.bandcamp.com/album/the-back-porch-sessions) and type "Anniversary" in as the discount code. 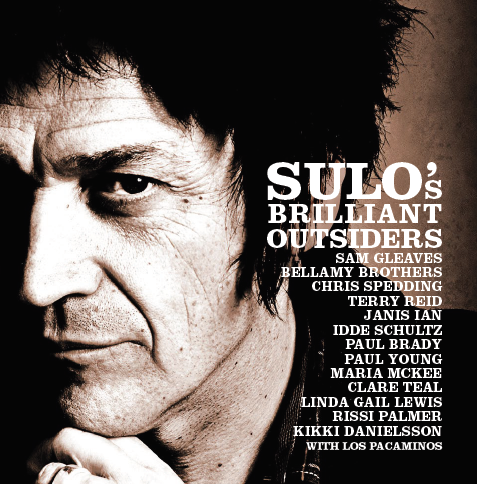 I had the honor of singing a duet with Grammis Award winner & Swedish recording artist Sulo Karlson on his new album, Sulo's Brilliant Outsiders and it is now available in the United States. You can purchase or learn more about the album at http://www.brilliantoutsiders.com/. You can also check it out on Spotify: http://lnk.to/SulosBrilliantOutsiders

Alright friends, it's all set! If you've ever visited my Facebook page, chances are you may have seen my "Ask Rissi" thread. I love the relationship and dialogue that my friends and I have, and this is an extension of that. Get your questions ready and tune your computer in at 7pm eastern on Wednesday, January 20. You type your question and I'll answer in real time. It'll be fun, I'm excited you guys want to do it!!! We can talk about anything (within reason)...I may even sing a song! Go ahead and set a reminder by clicking HERE.

Check out this live performance of "Christmas Through Your Eyes" from my Christmas EP, 3!!!

Please enjoy this live performance from Charles Newkirk and I  of ''Christmas Through Your Eyes", from my new Christmas EP, 3. If you like what you hear, purchase the project HERE. 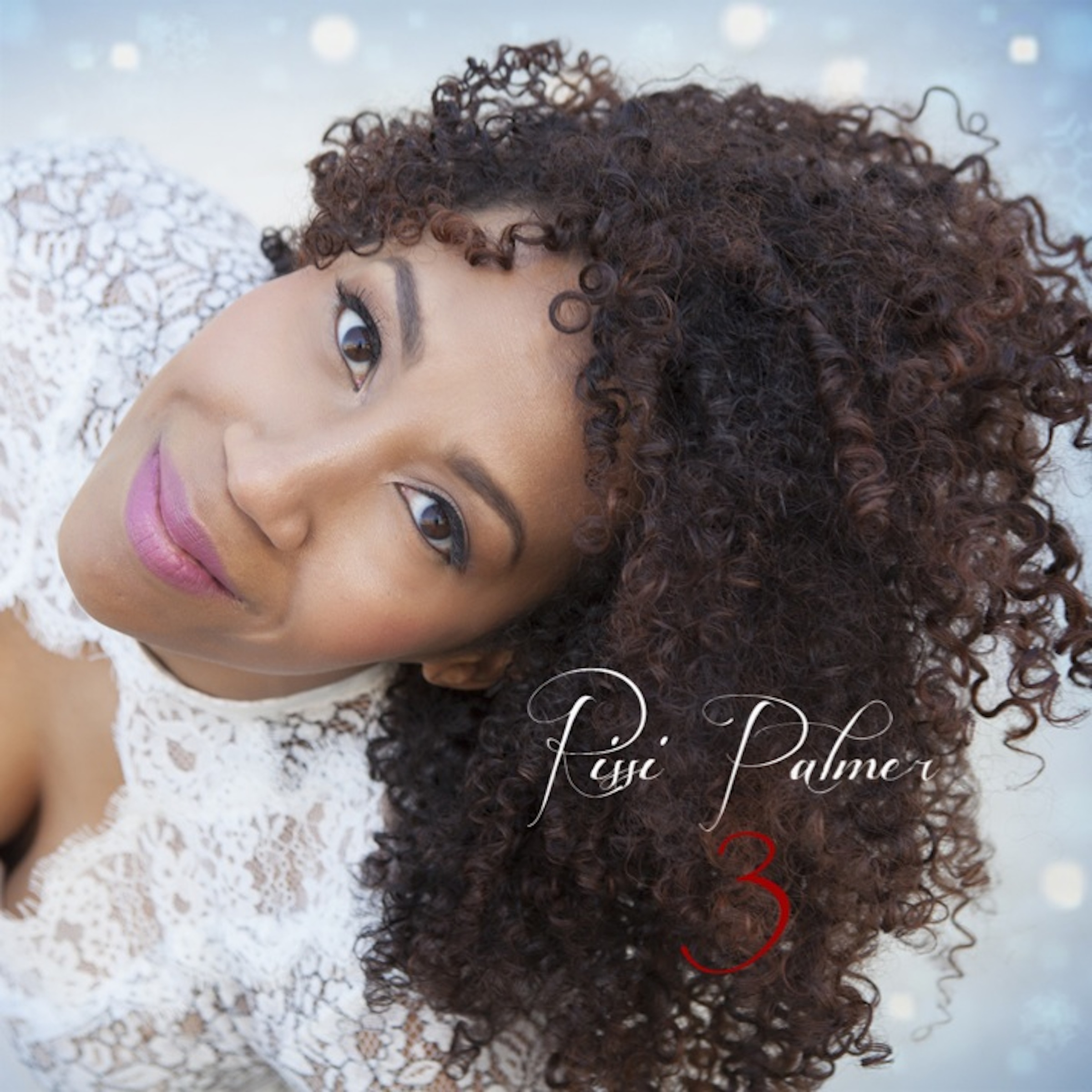 I am extremely excited to announce that my Christmas EP, simply entitled 3, is available TODAY digitally (iTunes, Amazon.com, etc)!!!  The project features three songs: the original "Christmas Through Your Eyes" (co-written by yours truly) , the gospel tinged "Children Go Where I Send Thee", and the classic "The Christmas Song". Click HERE to download it now. You can order a physical copy of the project at www.rissipalmermusic.com/store (CDs will ship after December 1)!!!
0:00/???
Subscribe with iTunes RSS feed Download 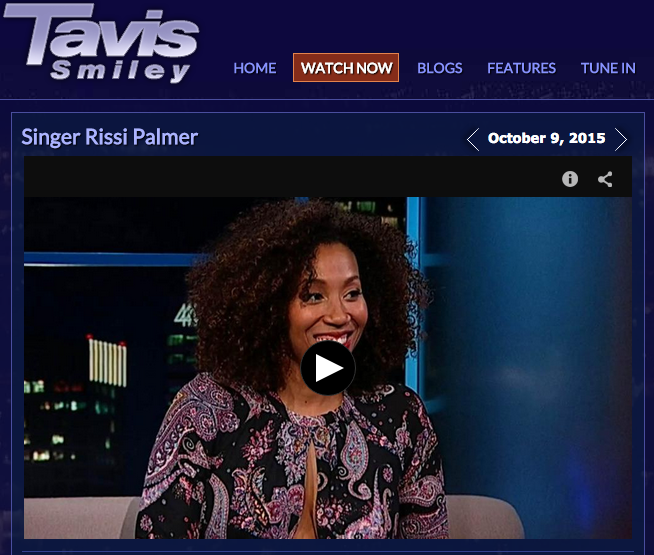 A HUGE thank you to Tavis Smiley, Sasheen, and Schatzi Hageman for making this happen...check it out HERE!!! 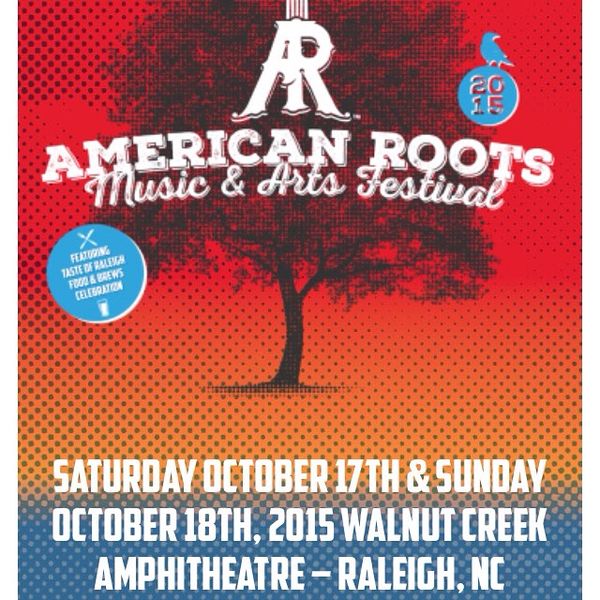 I'm excited to say that I'll be playing on Sunday, Oct. 18 at 12:45pm at the American Roots Music Festival in Raleigh, NC at Walnut Creek Amphitheatre. I'll be joining Willie Nelson, Chris Stapleton, Grace Potter, and many others on stage!!! Thank you so much to everyone who voted for me, you made this possible!!! Get more details HERE

News & Observer covers Rissi Palmer and her set at SPARKcon 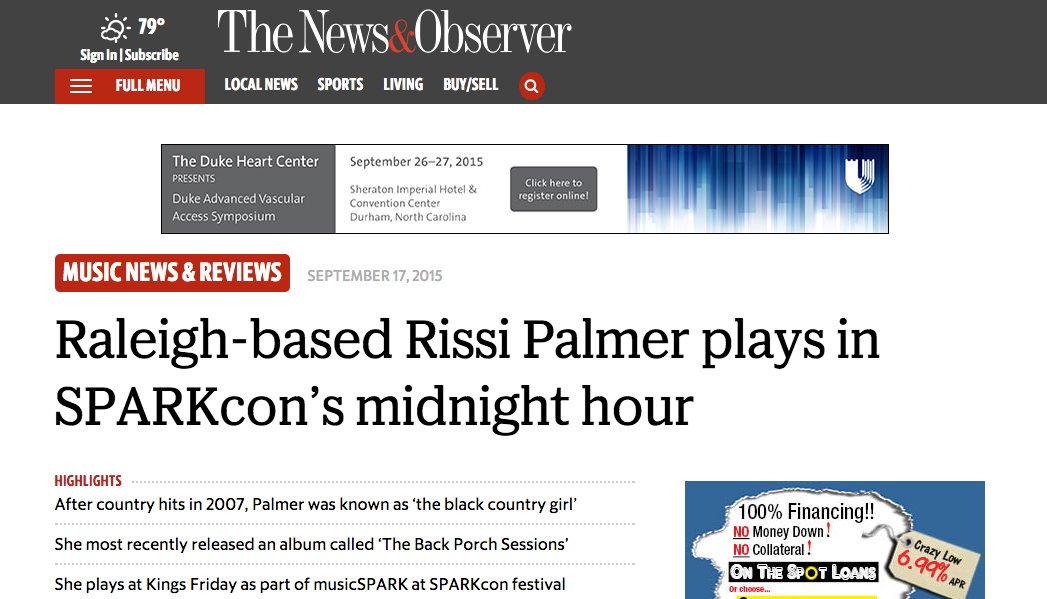 Thank you to Craig Lindsey and The News & Observer for this piece! To read the whole story, click HERE. 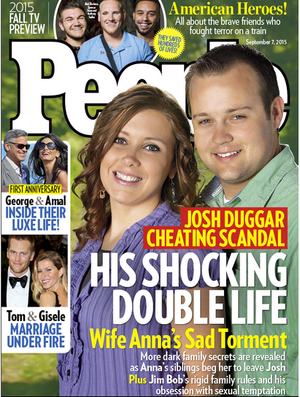 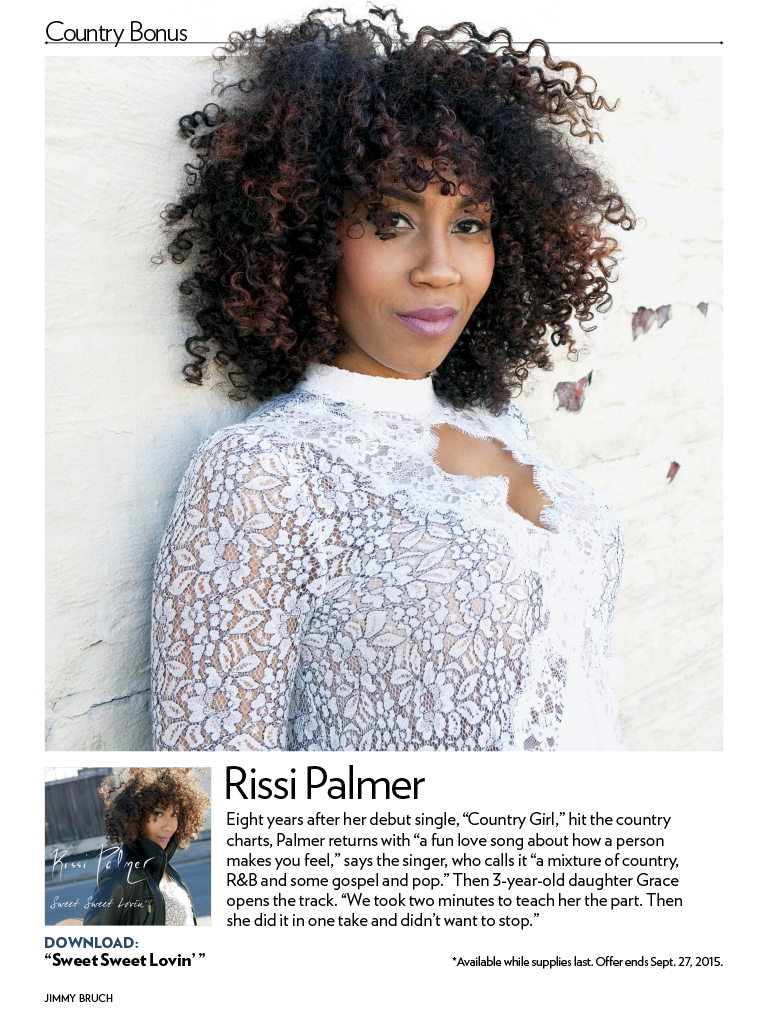 Thank you SO much for People Magazine for their support!!!  You can get a free download "Sweet Sweet Lovin'", new music from my EP The Back Porch Sessions, HERE until Sept. 27. 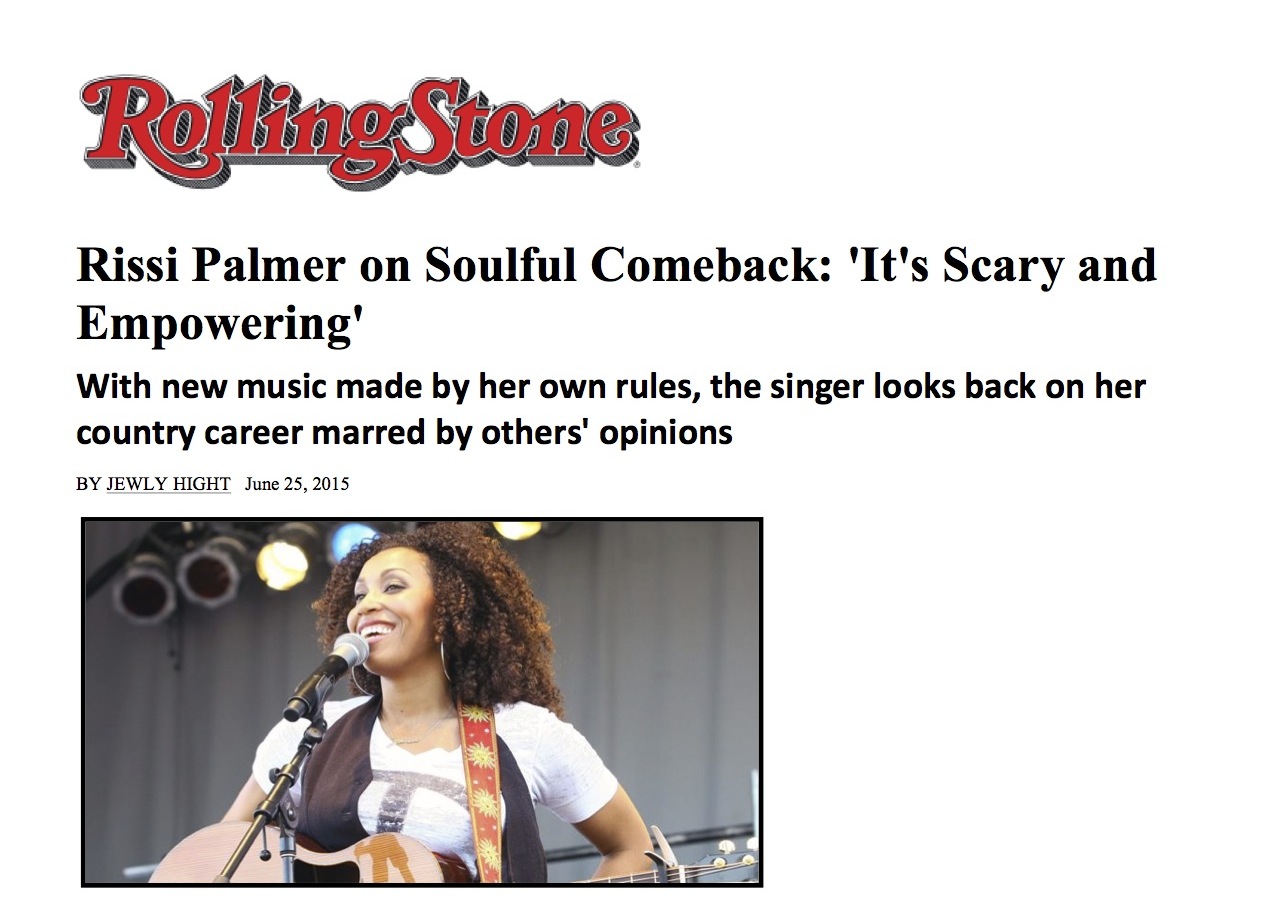 "Palmer is living in Raleigh, North Carolina, with her husband and their daughter and making trips back to Nashville to develop her new music — with its neo-soul-to-throwback-southern-R&B sound and down-home, confessional point-of-view — when and how she wants to. "It's a different vibe," she explains, sitting at a picnic table on the porch behind the 5 Spot. "The country's still there, because that's still a part of me. But this project is definitely more intentionally soul." - Jewly Hight


Thank you so much Jewly and Rolling Stone Country for this awesome article. You can check it out HERE.

Check out the Pod Cast of Rissi Live on the Legendary WSM Radio in Nashville...

If you missed it live last week, I had a wonderful interview with Charlie Mattos on WSM Radio in Nashville. You can check out the podcast of the interview and my live performance of "Summerville" from my new EP, The Back Porch Sessions HERE!

A very big thank you to Janice Malone and The Tennessee Tribune for this awesome piece...check it out!!! 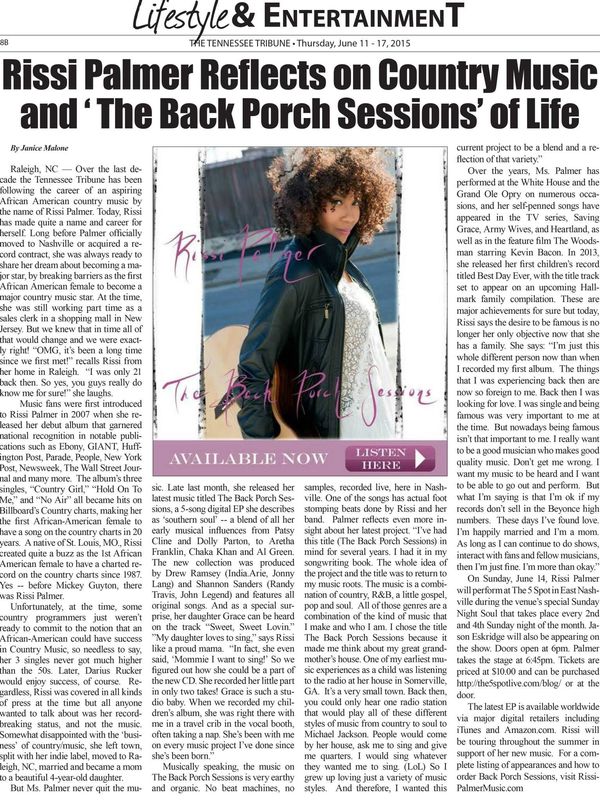 AXS.com discusses the meaning behind The Back Porch Sessions 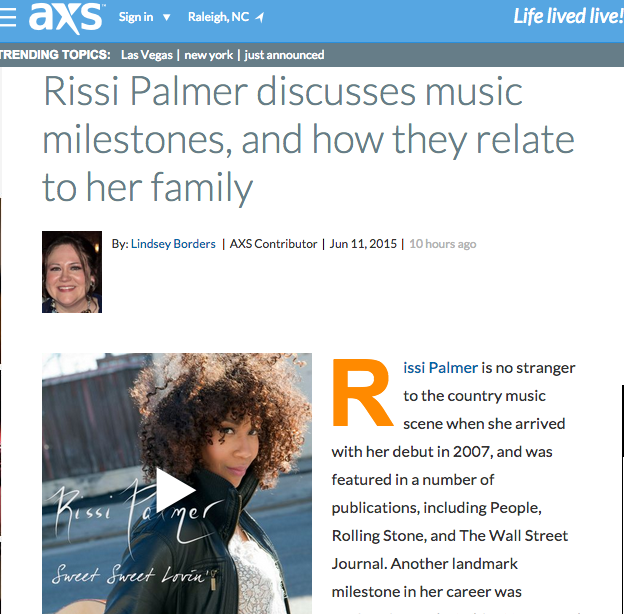 "The Back Porch Sessions blends Rissi's love of all the musical influences throughout her life, and is a reminder of the closeness of family." - Lindsay Borders

Thank you to AXS.com for the interview!!!  Check it out HERE!

Songfacts.com interviews Rissi and reviews The Back Porch Sessions! 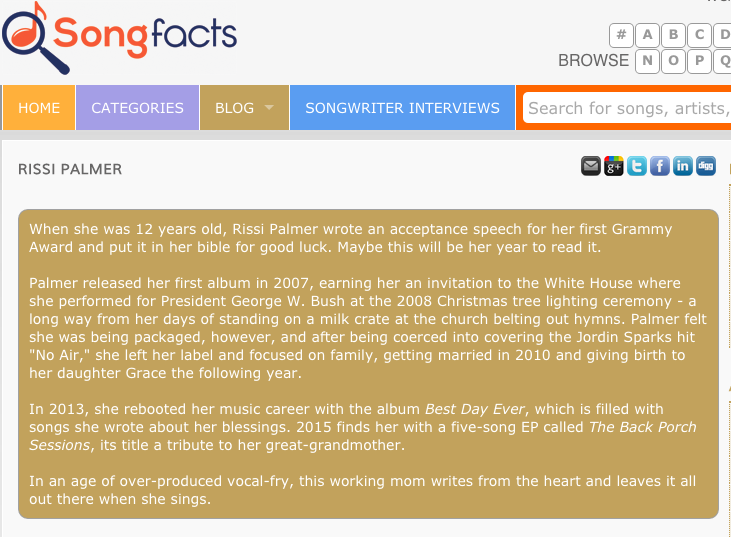 "In an age of over-produced vocal-fry, this working mom writes from the heart and leaves it all out there when she sings."- Shawna Ortega.

Thank you so much Songfacts (Specifically Shawna) for the awesome review and interview...check it out HERE!!!

GuitarGirlMagazine.com reviews The Back Porch Sessions! 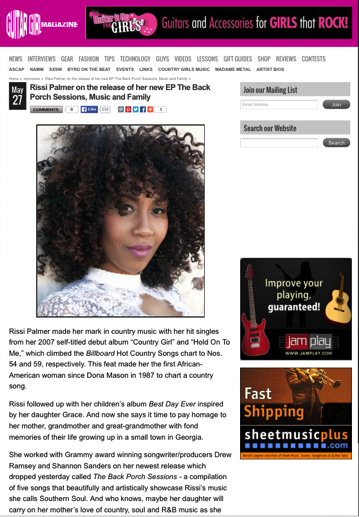 Thank you so much to GuitarGirlMagazine.com for their feature interview!!!  You can check it out HERE!!! 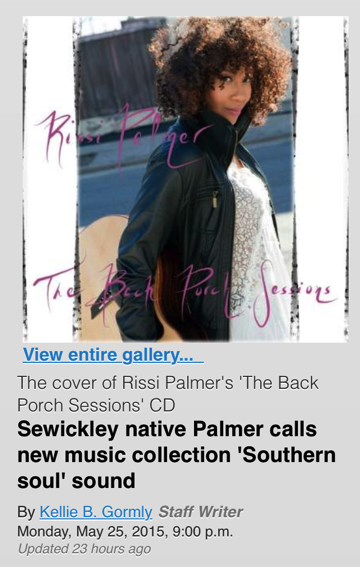 Thank you to Kelly from Pittsburgh's TribLive.com for the story on the project!!! I'm waving my terrible towel over here. Check out the article HERE.

Check out the official video for "Sweet Sweet Lovin'"!!!

Well, ladies and gentlemen...here it is...the official video for "Sweet Sweet Lovin'"!!!!!!!!! Look out for two special cameos *wink*. A very big thank you to Malachi Films, Chassity of "It's More Than Just Lipstick", &www.jskystyle.com by JASON SKY... ‪#‎5moredays‬ ‪#‎thebackporchsessions‬‪#‎May26‬

The Back Porch Sessions - Behind the Music (Video)

Get all the information you could possibly want to know about my new EP, The Back Porch Sessions, in the above video and pre-order your copy of the project today by clicking HERE!!! #thebackporchsessions #May26

Countdown to The Back Porch Sessions - Photo Shoot!!!

Hey all! I just got home from shooting the promo and cover pics for my new project, The Back Porch Sessions, set for release on May 26!!! The pictures were shot by talented and respected photographer Jimmy Bruch, the man behind my first album cover, on location in Brooklyn, NYC! The fabulous Patricia Cameron beat my face (translation: did a good job on my makeup lol) and Jason Sky, as always, had me dressed like a rock star. Here are some behind the scene shots...more to come soon!!! 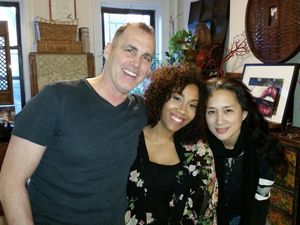 Getting the group back together!!! From L to R: Jimmy Bruch (photographer), myself, and Anna Valencia-Bruch (graphic artist) 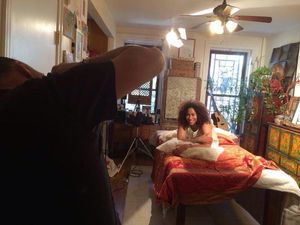 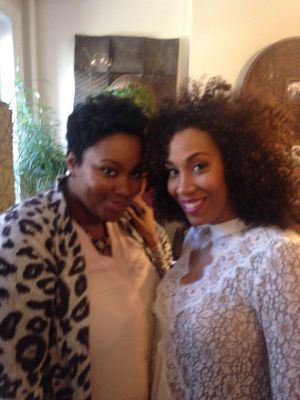 Patricia Cameron (makeup artist) and I between shots 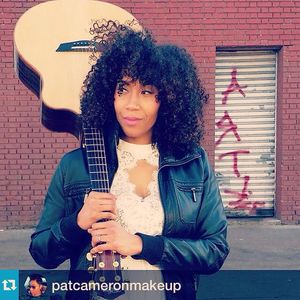 Live at the Bluebird Cafe in Nashville March 19 - Make Your Reservation!!!

The show is free admission BUT you have to make a reservation to even think about getting in. Starting Thur/Mar 12 @ 8am you can make your reservation by clicking the following link: http://bluebirdcafe.com/event.cfm?id=194504&cart
Reservations usually go in about 30 minutes.  Hope to see you there!!!

It's not everyday you're called a TRAILBLAZER... 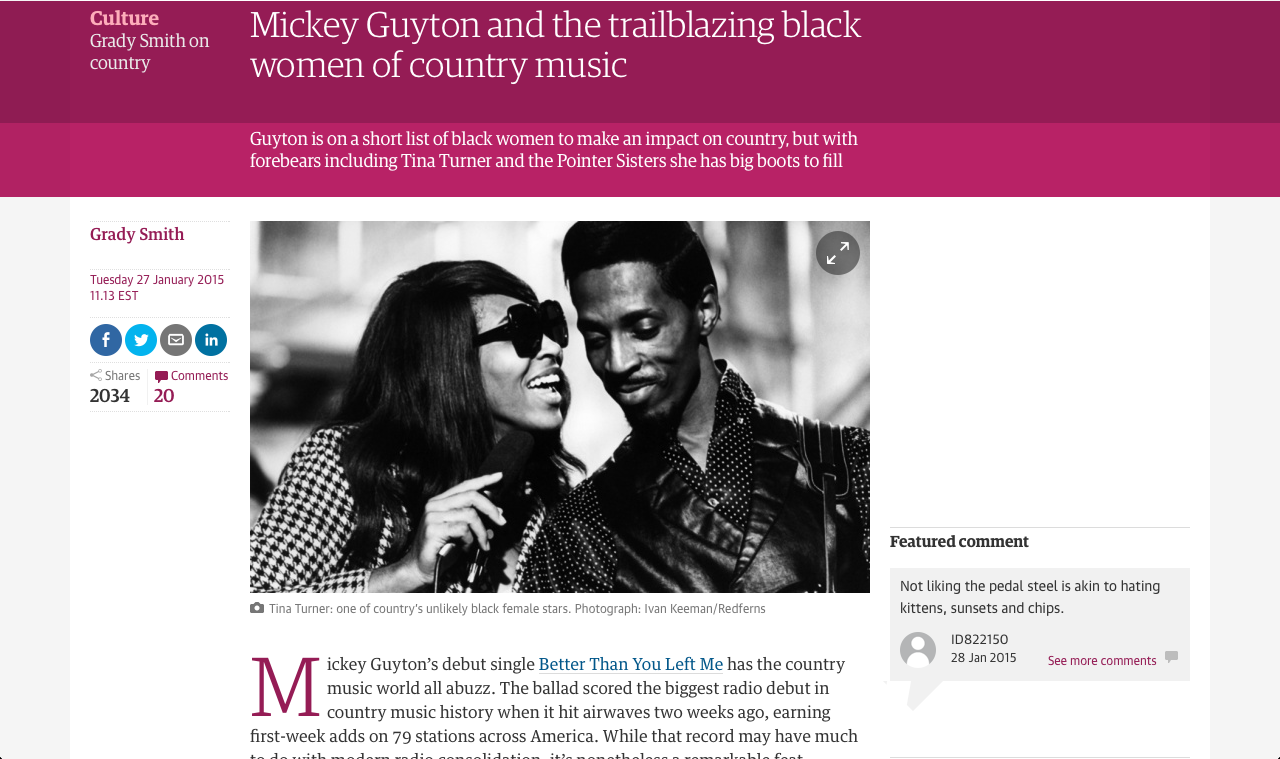 It's pretty awesome to be mentioned in this group of amazing women as a "trailblazer". I am proud of what WE (my team and I) were able to accomplish and I'm excited to share my new music with the world VERY soon. I'm also proud of Mickey Guyton...she's about to be HUGE. Thank you to Grady Smith and the Guradian.com for the shout out. You can check out the article here: Mickey Guyton and the trailblazing women of country music